EcoBirth-Women for Earth and Birth

This is the foundational statement upon which we want to base our position against toxic chemicals, as mothers and grandmothers. We can listen and hear what we are being told about the possible harm to our children and we can act to change our world. We can protect our children by knowing that we have the strength to make our world a better place.  We can look at what our world is now and use our unique gifts to take steps to improve it. Our children will have to continue the work, they will have better answers than we can even conceive of. But we have a legacy to pass on that is unbroken from our mothers through the centuries. We have a responsiblity and a love that is immutable- a mother's love- that is unconditional and includes all children and our beloved Mother Earth. May we know our place in the ecosystem of life and pass it on gently and hopefully. 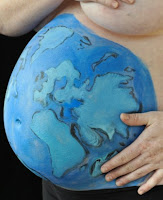 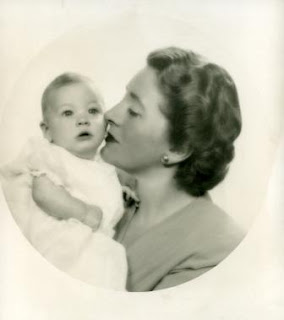 Conclusions
Three aspects of children's health are important in conjunction with developmental toxicity risks. First, the mother's chemical body burden will be shared with her fetus or neonate, and the child is then likely to be exposed to larger doses relative to the body weight. Second, susceptibility to adverse effects is increased during development, from preconception through adolescence. Third, developmental exposures to toxicants can lead to life-long functional deficits and manifestations of increased disease risks.
Research into the environmental influence on developmental programming of health and disease has therefore led to a new paradigm of toxicologic understanding. The old paradigm, developed over four centuries ago by Paracelsus, was that "the dose makes the poison". However, for exposures sustained during early development, the most important issue is that "the timing makes the poison". This extended paradigm deserves wide attention to protect the fetus and child against preventable hazards.
Part of the new insight derives from numerous animal studies on fetal programming being responsible for reproductive, immunological, neurobehavioural, cardiovascular, and endocrine dysfunctions and diseases, as well as certain cancers and obesity. These adverse effects have been linked to chemical pollutants at realistic human exposure levels similar to those occurring from environmental sources. Among the mechanisms involved, particular concern is raised about changes in gene expression due to altered epigenetic marking, which may not only lead to increased susceptibility to diseases later in life, but the effects may also be passed on to subsequent generations. Most chronic disease processes are characterised by multi-causality and complexity. Understanding such processes requires a more holistic approach that focuses on systems and tissue biology.
Recommendations
** Studies on the etiology of human disease therefore need to incorporate early development and characterise appropriately the factors that determine organ functions and subsequent disease risks. Such associations can best be examined in long-term prospective studies, and existing and planned birth cohorts should be utilized for this purpose.
** Cross-disciplinary approaches and translation of animal data on exposure biomarkers and disease susceptibility need to be promoted for application in studies of the etiology of human disease. Communication and clarification of key concepts and terms needs to be stimulated between the scientific disciplines involved and between these scientists and policymakers.
Environmental chemical exposure assessment should emphasise the time period of early development. Exposure data already routinely collected need to be optimised for application in epidemiological studies. Cord blood, cord tissue, human milk and other biological samples can be applied for assessment of exposure biomarkers and for determination of gene expression changes.
Since humans are exposed to numerous chemicals during development and throughout life, mixed exposures need to be considered in a life- course approach to disease. Further, the interaction due to other life-style factors, such as intake of essential nutrients and societal environment, needs to be explored. This research should also involve the impact of genetic variation and genetic predisposition to disease.
** Toxicological tests and risk assessment of environmental chemicals need to take into account the susceptibility of early development and the long-term implications of adverse programming effects. Although test protocols exist to assess reproductive toxicity or developmental neurotoxicity, such tests are not routinely used, and the potential for such effects is therefore not necessarily considered in decisions on safety levels of environmental exposures.
The accumulated research evidence suggests that prevention efforts against toxic exposures to environmental chemicals should focus on protecting the fetus and small child as highly vulnerable populations. Given the ubiquitous exposure to many environmental toxicants, there needs to be renewed efforts to prevent harm. Such prevention should not await detailed evidence on individual hazards to be produced, because the delays in decision-making would then lead to propagation of toxic exposures and their long-term consequences. Current procedures therefore need to be revised to address the need to protect the most vulnerable life stages through greater use of precautionary approaches to exposure reduction.
Note: This statement has been developed by the International Scientific Committee of the conference, taking into account comments and suggestions from the conference participants. The statement (pending minor editorial revision) will be included in the conference proceedings.
Members of the International Scientific Committee
David Barker (UK) David Bellinger (USA) Ake Bergman (Sweden) Roberto Bertollini (WHO) Sylvaine Cordier (France) Terri Damstra (WHO) George Davey-Smith (UK) Erik Dybing (BCPT) Brenda Eskenazi (USA) David Gee (EEA) Kimberly Gray (NIEHS) Mark Hanson (UK) Peter van den Hazel (The Netherlands) Jerry Heindel (NIEHS) Birger Heinzow (Germany) Irva Hertz-Picciotto (USA) Howard Hu (USA) Terry Huang (NICHD) Tina Kold Jensen (Denmark) Philip J Landrigan (USA) Caroline McMillen (Australia) Katsuyuki Murata (Japan) Larry L Needham (USA) Sjúrður Olsen (Denmark) Beate Ritz (IARC) Greet Schoeters (Belgium) Niels E Skakkebæk (Denmark) Staffan Skerfving (Sweden)
Copyright 2006 by Thomas Steen Christensen

We women can face the pain and grief we have for our suffering Mother Earth and reclaim our story of creation and redemption with the power and beauty intimately held in our body’s cells from our maternal lines since the beginning of the cosmos. Our existential and communal grief heals within the loving gathering of our feminine compassion, connecting us to the truth and strength of our Mother Earth and all our kin. We start with Molly’s Personal Environmental Story-to explore the birth stories and places and times of ourselves, our mothers and grandmothers.Using the stories of our own maternal lines, with sharing, active listening and intention, we call on our ancestors, our inner wisdom and the shared circle to witness our story with compassion. Using ritual, song, movement, and sharing of our truths, in community and powerful circle as well as spending time on the land - we can acknowledge the oppression in our lives, feeling it in our bodies, grieving it, transforming it and ourselves in a safe, loving space. Our healing path connects our sacred lineage from the womb of our Mother Earth to integrate our inner and outer lives and discover our place in the connected caring cosmos. We are a part of a continuum of sacredness, lifeforce, divine energy including our Ancestors back to the stuff of the stars. We can reclaim our cells, our lineage and our legacy to the future generations. Like in birth labor, we must yield to our bodies innate knowing, to progress, to open, to birth our love. With our active surrender to fierce compassion we can restore our connection to the natural world and our own inner wisdom. We can drop our obsessive addictions to control and return to our healing, caring, befriending tendencies- innate for us nurturers. And then we can repair, regenerate, and renew our culture for tenderness and kindness, naturally embodied by us. We will be able to guard and protect ours and all descendents - becoming their Beloved Ancestors- by asking - What is possible now to transform our world for Future Generations?

Why EcoBirth’s My Personal Environmental Story
EcoBirth’s My Personal Environmental Story will help women tell their life story by considering the two primary environments- place and birth- for themselves, their mothers and their maternal grandmothers. Through this process each participant will come to realize the hazards in their environmental genealogy and realize the healing in telling their own story. And they will be empowered to affect the changes that are necessary for our Mother Earth and our children and grandchildren to thrive.
Imagine looking back to your grandmother's and mother's birth time to figure out what environmental influences you might have inherited? And have passed onto your children and grandchildren? Would you wonder what was in the air, water and food in their lives- and look twice at what diseases, birth defects, addictions there are in your family?

Before Childhood links- for a healthy body, pregnancy and baby

Molly Arthur - EcoBirth-Women for Earth and Birth
When I received information about the Sisters of Earth 2016 conference being in the Santa Cruz mountains, I signed up to give a workshop at the conference and to receive a scholarship to be able to afford to go. I met some of the Bay Area Sisters of Earth and we decided to invite local SOE to gather. For the last four years five of us have met regularly, mostly monthly, and have been in sweet relationship. We collaborated on Sr. Toni Nash’s presentations about the Doctrine of Discovery to Religious Womens Congregations. Sr. Toni’s dissertation was the basis of her exposing the “Old Story”- the Doctrine of Discovery vs the “New Story”, the Universe Story, creating a provocative and emotional experience for the attendees.